The evolution of languages tells a story about history. What we call Haitian Creole belongs to a group of Creole languages that emerged as a result of contact between groups that spoke different languages. Creole first started on European settlements in the Americas, in Western Africa and in the Caribbean. Most creole languages are a combination of European and non-European languages. Many are based on a single European language, like French or Portuguese, while others are based on multiple European languages. Haitian Creole has its roots in French and is made up of a combination of French dialects and African languages. It began on the sugar plantations of Haiti, as a product of the interaction between African slaves and French colonists. Today, Haitian Creole is an official language of Haiti (along with French) and about 95% of Haitians claim it as first language.

Where there is creole, there is a reminder of how languages are created. One could say that there is no such thing as a pure language. If we trace it back far enough, every language is an evolution into a new language of different linguistic influences (for instance,the language this article is written in, English, evolved out of Latin and Saxon). Haitian Creole is sometimes seen as a bastardization of the French language but since 1987, it has been recognized as a national language of Haiti. It has its own grammatical structures and nuances, which makes it unique from any of the languages it was created from.

Haitian Creole has 10-12 million speakers worldwide and 9.6 million native speakers. This fascinating language is based on 18th-century French combined with Portuguese, Spanish, English, Taino, and countless West African languages. It emerged from the french plantation colony of Saint-Domingue, which is now Haiti. It is theorized that Haitian Creole was most likely formed between 1659, when Saint-Domingue was founded, and 1740. In the history of colonization, the period was marked by a move from a cotton and tobacco industry to a sugar-based one. Sugar plantations created the need for a large population of slaves, who greatly outnumbered the French landowners. Out of the communication needs on the plantations, languages shifted and changed until a language of their own, Haitian Creole, eventually developed.

In truth, Haitian Creole is one of the most revolutionary of languages because it played a big part in liberating Haiti as a free country apart from France. In 1791, Haitian slaves organized a revolt, using the language that bound them together. They demanded freedom from slavery and gained control of a third of the island before their demands were met. Many of these generals and soldiers went on to fight in the Haitian Revolution, which reached its conclusion in 1804. Haitians feared that the French would reestablish slavery in Haiti, as they had done in Guadalupe. They rose up and established their own nation, Haiti, after the indigenous Arawak name it originally possessed. 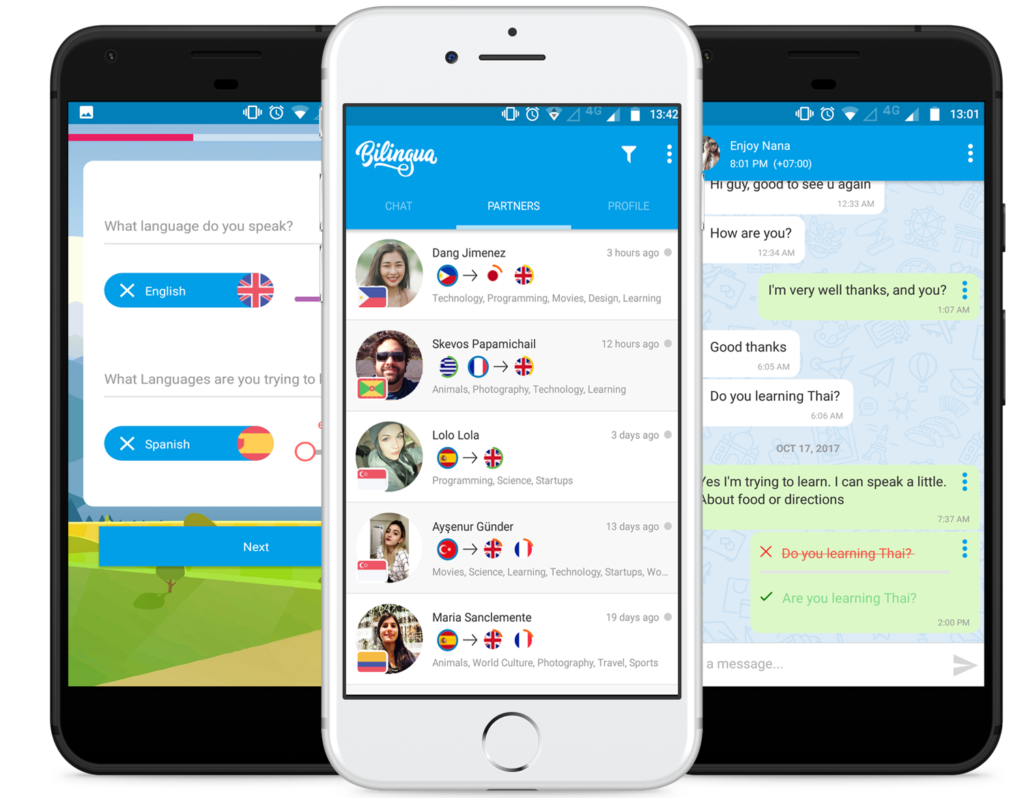 
Bilingua connects you with native speakers who share your interests or personality to help you learn a foreign language online and speak with confidence. Learn and practise English, Chinese, Spanish, French, Japanese and more languages with Bilingua – it’s fun, free and effective.
DOWNLOAD NOW
BUY NOW

Haitian Creole also refrains from assigning conjugations or tense directly to verbs. Many verbs in Haitian Creole are the infinitive form of the French verb, depending on context or tense markers to determine conjugation or tense. Many of these verbs are spelled or pronounced differently because, in Haitian Creole, words are spelled exactly as they are supposed to sound (unlike French–just try to say “Hotel des Beaux Arts” if you’re not a native French speaker ?).

If we inspired you, also check out:

A Simple Guide to Learning Hindi Through English

Language Revival: How 7 Communities are Bringing Languages Back to Life