So how do languages die? The most common way in which a language dies is when communities become bilingual and gradually shift their allegiance to their second language. This can happen very often with smaller native languages in which the speakers must learn a more widely spoken language to advance socially or economically. Such circumstances can cause smaller languages to gradually die out over generations.

Ever feel that you’d like to know just a little more about the languages we refer to as “dead languages”? Read on for interesting facts that you can discuss within the language learning community! 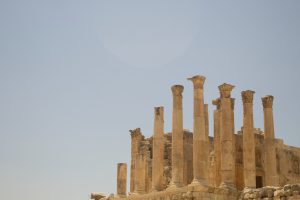 Latin is by far the most well-known dead language. Though it has been considered a dead language for centuries, it is still taught in school as an important way to understand many languages.

Latin was originally spoken by people living along the lower Tiber River. The geographical area that uses Latin spread with the Roman Empire. The language made its way throughout Europe and across the western Mediterranean coastal regions of Africa. Partly because of its incredible complexity, but also due to other forces, Latin died out with the Roman Empire. It was, however, incorporated into various other languages and, some would say, evolved into languages many people speak today. These include: French, Spanish, Portuguese, Italian, and Romanian.

Coptic now only exists in the liturgy of the Coptic Church in Egypt. It is considered the first language of Christianity by some and is no doubt important for understanding the early origins of Christianity. It has recently lost the last of its native speakers, and is becoming a language that more or less exists mainly for scholars of dead languages.

The ancient Sumerians are most well known for being the first civilization to invent a system of writing. Their language didn’t fare as well as their legacy; Sumerian has not had any native speakers in centuries. But their cuneiform tablets are still studied by scholars all around the world. These cuneiform tablets describe Sumerian laws, myths, and stories, painting a precious picture of Sumerian society.

As the Sumerian empire declined, the population made a move to the north. They were searching for more fertile farming grounds, as well as a more hospitable place to settle their society. They did not fare so well however. Eventually the ancient Sumerians merged with the Akkadians, both in culture and in language.

Akkadian didn’t stand the test of time either, as it turns out. It was spoken throughout Mesopotamia from the 3rd to the 1st millenium BCE. This language spread across an area that stretched all the way from the Mediterranean Sea to the Persian Gulf. The Akkad dynasty ruler Sargon led this great expansion of the Akkadian empire.

The revitalization of Akkadian, and Sumerian, for that matter is as interesting a story as the story of how these languages died out. After centuries of lying dormant, scholars in the 19th and 20th centuries were able to decipher the meanings of these ancient languages and to bring them back to life in some ways. The excavation work of these scholars has gone a long way in introducing new insights into these ancient societies.

Sanskrit is the ancient language of Hinduism, and is used in many religions. These include Jainism, Buddhism, and Sikhism. Sanskrit serves as the main language of a lot of ancient poetry, drama, and religious texts. Its prominent role in literary tradition makes it an incredibly important language for many scholars to understand. It is a complex language that has hundreds of words for single meanings or objects.

Many would argue, though, that Sanskrit is not a dead language after all. There are still about 1,600 people in Nepal that claim Sanskrit as their native language. So Sanskrit is, miraculously, not quite dead yet. Though it is largely a language used for the study of ancient academic texts, it is still being used colloquially by some people.

If we talk about dead languages, we also need to talk about bringing the dead back to life. Though many of these languages covered above are too far gone to bring back at a native level for large communities, language revitalization is an incredibly important effort for languages with a small number of speakers. Many languages are close to death, and require active efforts to keep them alive. These languages can be important to the cultural history of many communities. To date, only one successful language revitalization has taken place: the example of Modern Hebrew, which was revitalized through great efforts and has successfully created a new generation of native speakers.

Unfortunately, more than half of the languages spoken today have less than 10,000 speakers. This puts them at serious risk for language death. A quarter of the world’s languages have less than 1,000 speakers! Language revitalization is more important now than it has ever been; we do not want to look over the precipice to see a world with only a handful of languages. Language death wipes out not just languages but generations of unique history and culture. Imagine: do you want to read an article like this one but titled “230 Coolest Dead Languages”? ?

Celebrate the diversity of languages by reading more of our articles:

Top 10 Arabic Dialects and Where You Can Find Them

Greetings in Thai — How to Say Hello and Goodbye

False Friends in Spanish: 9 Words That Get Easily Confused