Malay or Bahasa Melayu is an important language in Indonesia, Malaysia, Singapore and Brunei. Malay is integral to the Austronesian language family, which is dispersed throughout the islands of the Pacific ocean, Madagascar, and Maritime Southeast Asia. Often confused to be the same, Malay and Indonesian languages are quite different in their unique ways!

There are about 300 million people speaking this language, out of which 77 million are the native speakers.

The standard forms of this language are Indonesian, Malaysian, and Brunei Malay. However, with a slight variation in its dialect and nomenclature, Malay is spoken in Thailand, Christmas and Cocos islands, East Timor region, etc. For example, Malay is known as Bahasa Jawi in Thailand.

Evolution of the Malay language

It is believed that Malay language is inspired by the Sanskrit language of India. The oldest inscription of this language is found in Sumatra with Sanskrit loanwords, dating back to the 7th century.

The next notable development in the formation of Malay language can be seen during the 14th century when it was widely used as a lingua franca of the Malacca Sultanate (The modern day Malaysia).

The present day Malay language combines the linguistic features from most of the regions of Southeast Asia and Pacific ocean.

Experts prefer to divide the development of the Malay language in five phases viz the old Malay, the transitional period, the Malacca or the Classical Malay, late modern and finally modern Malay.

Standard Malay and the Indonesian language

Presently, Malay language has evolved into two major categories- Standard Malay and the Indonesian language with respect to their use in Malaysia and Indonesia. The two languages are mutually intelligible but, there are remarkable differences in their spelling, grammar, pronunciation, vocabulary, and the source of their loanwords.

The general perception of these languages

To a foreigner, the Standard Malay and Indonesian language may look similar. But natives can very well distinguish between them through dictation and accent.

Another remarkable fact about Malay language is that it is a national language in Malaysia, whereas in Indonesia Malay is considered as a regional language of the people of Sumatra and West Kalimantan.

There are cold conflicts between the two languages. One can observe that both Malay and Indonesian subtitles are displayed in the TV channels in order to reach wider audience. The two languages evolved more due to political nuance and less due to cultural differences. The cross continental reigns also played an important role in the development of Malay as two distinct languages. 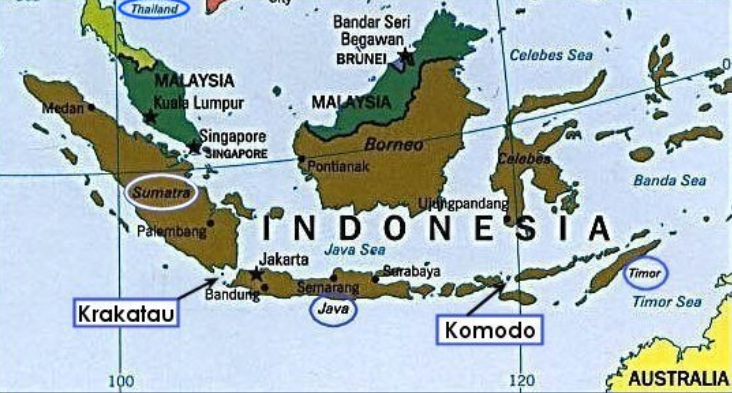 Before 20th century, Malay was written in modified Arabic letters called Jawi. During 20th century, Jawi was completely replaced by Roman letters called Rumi. An important reason behind the segregation of Malay language into Standard Malay and Indonesian is that, the regions of Malaysia was captured by the British and that of Indonesia by the Dutch.

Let’s discuss the difference between the two languages in detail.

The impact of British and Dutch rule in the regions greatly affected the language. For example, under the British influence, the consonant ‘c’ was called as ‘ch’ in Malay language in Malaysia, where as under the Dutch influence, it became ‘tj’ in Indonesia.

In 1972, a unified spelling system was introduced, which aimed at bridging the differences between the two languages. As a result, the English consonant ‘c’ remained ‘ch’ in Standard Malay and became ‘c’ from ‘tj’ in Indonesian. For example, the Malaysian word for “grandchild” is “chuchu.” In Indonesian, it is spelled as “cucu” (before it was “tjutju”).

Another significant turn in unifying the spelling is that Indonesia abandoned the use of ‘dj’ for ‘j’ to match with Malay.

At present, the representation of the speech sounds in both the languages is much identical however, some minor spelling differences prevail due to historic reasons.

For example, in Indonesian, English word “automatic” is written as “otomatis” and is pronounced so.

There is a considerable difference in the vocabulary of the two languages in terms of loanwords from the languages like Dutch, Javanese, etc.

There are some words that are spelled similar in both the languages, but they adhere different meanings. For example, “baja” means steel in Indonesian and “fertilizer” in Standard Malay.

Many Arabic and Persian loanwords are similar in the two languages however, their dialects differ. For example-

Greetings in Thai – How to Say Hello and Goodbye

Lao Language – Why does it get confused with Thai?